No products in the cart.

Point Blank are back with another Track Breakdown, this time with production duo The Fanatix to unveil the magic behind their Nicki Minaj and Vybz Kartel-featuring track, “Touch Down,” with Stylo G.

The Fanatix are a UK-based production outfit that specializes in dancehall, hip-hop and rap. During their career, the producers have worked with a star-studded line-up of musicians, including David Guetta, Stylo G, Ms Banks, Popcaan, Nicki Minaj, M1llionz and others.

Follow on below to learn some of The Fanatix’s go-to creative techniques and how they create certified hits. Want in-depth insights into music production or DJing, singing, songwriting, music business and more? Then check out Point Blank’s London, online and Los Angeles programs. Plus, they’re currently offering 25% off their online diplomas, as well as 10% off their Los Angeles courses until October 31st using the codes DIP25 and LA10 – so there’s no better time to sign up than now.

During the video, the pair explain how they built the track around the hooky flute melody, why they don’t like to quantize their beats too heavily and the importance of leaving enough space in the track for the vocalist to play with. They drop some essential tips on how adding subtle elements to your beats can make incredible final results, working as a team, their go-to plugins and more.

If you’re a Black or Latin classical composer, these two want to hear from you

In an effort to keep the diversity conversation at the forefront, the sought-after soloist and educator is joining forces with pianist Michelle Cann, the social-justice group Sphinx Organization and PARMA Recordings to present a new call for scores open exclusively to Black and Latinx composers from around the world. The collaborators are seeking works for solo cello or cello and piano, ideally between five and 15 minutes in length, submissions for which will be accepted through Nov. 5.

Up to six winners will be announced early next year, and each selected composition will be brought to life by Mesa and Cann in a studio recording produced by PARMA’s Grammy-winning team for an album release on the company’s Navona Records imprint. The fully funded opportunity, made possible by a Sphinx MPower Artist Grant, provides recipients with full ownership of the resulting master recording, all post-production and promotional support, a majority share of received royalties from streams and sales, a $250 honorarium and more.

“Composers are our other half in the relationship to music,” Mesa said. “I’m always trying to find different ways to communicate with audiences, and that means playing a lot of different kinds of music, so essentially what I wanted to do was find great music. Find great music that will make people feel like they’re really discovering something special.”

The cellist, recognized as one of the most charismatic performers of his generation, released “Division of Memory” in early October. The album, a comprehensive collection featuring five compositional personalities, was the result of another call for scores in collaboration with PARMA. Given its success, Mesa felt pulled to repeat the process while zeroing in on a more focused purpose, offering composers from minority communities a channel through which their creative voices may be heard.

In the evaluation process, Mesa, who recently joined the faculty at the Conservatory of Music at Purchase College, is first and foremost drawn to compositions that immerse listeners in a sound world unique to the composer or piece, allowing them to be fully surrounded by the aesthetic experience. He also looks for a clear understanding of the instrumentation and although not essential, a work’s potential to communicate through narrative.

In addition to gaining exposure, the selected composers will have the chance to build relationships with PARMA and Sphinx, a prominent music production company and national social justice organization, respectively.

With its various layers of impact, however, Mesa’s brainchild offers a platform for everyone involved. Beyond gaining new inspiration and fostering innovation, the musician welcomed the opportunity to reconnect with Cann, who holds the inaugural Eleanor Sokoloff chair in piano studies at the Curtis Institute of Music, after the pair first collaborated in a concert with the Philadelphia Chamber Music Society last February. Now, they are uniting to further a mission that lies at the heart of both PARMA and Sphinx. By unearthing rising minority talent, this call for scores promotes inclusion and works toward the vision that one day, the classical music industry will reflect the rich diversity of the human experience.

“Not only do we not see as many musicians and instrumentalists of color out there performing, we also don’t see enough Black and Latino composers,” Cann said. “What Tommy is doing, it touches on a lot of things, and I think they’re all impactful. One of those things is, for him as a Latino American and for me as a Black American, to show that we care about performing music by composers of color, getting it recorded at a high level.”

“Sometimes you need somebody to shake the pot for changes to happen,” she continued, “and we hope to try to change the field from our little corner.”

Conventions be damned, SHADES have unveiled a bizarre and beautiful EP called The Dance Of Death.

Comprising EPROM and Alix Perez, the SHADES duo have operated at the forefront of the post-trap era since their 2016 debut, solidifying themselves as revered sound designers in the electronic music community. The Dance Of Death serves to reinforce this notion via a record which deconstructs the tried-and-true arrangements of modern bass music, and to offer a much more nuanced approach.

In other words, make sure you listen with a good pair of headphones.

The EP slithers into focus with a cinematic intro called “The Creation.” Devoid of drums, it sets the tone for the ensuing experimental mayhem of “The Corruption,” a glitchy half-time stunner with dry, distorted snares.

Next comes the screeching “Eternal Rain Descending,” which features grime-inspired vocal samples and syncopated drum programming in a tip of the cap to Perez’s drum & bass roots. SHADES tie a bow on the record with “The Last Judgement,” a mind-bending coda that encapsulates EPROM’s wholly singular approach to music production.

“The Dance Of Death is a continuation in our vision and sound as SHADES,” the duo said in a joint statement. “Refining and pushing our experimentation in audio design.”

You can listen to The Dance Of Death below and find the EP on your go-to streaming platform here.

Bandai Namco Holdings Inc. announced on Tuesday that it is reorganizing the companies belonging to the IP Production Unit by combining three visual business companies into one company, as well as three music and live event businesses into another company. After the conclusion of the agreement in February 2022, the restructuring will take place on April 1, 2022.

Bandai Namco Holdings aims to strengthen its visual, music, and live event businesses, as well as IP creation and production through this reorganization. The company plans to share the different expertise, strengths, and networks of each company, and strengthen human resources involved in IP creation and production. Bandai Namco also stated that the reorganization will allow the company to “conduct its business more quickly in a rapidly changing industry.”

By bringing together functions in order to leverage the strengths of the visual business, music business and live
event business to the fullest extent and by further strengthening our IP creation and production capabilities through
this reorganization, the Company will be able to conduct its business more quickly in a rapidly changing industry. 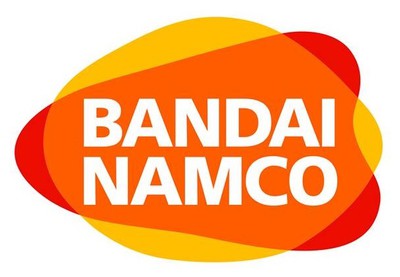 Bandai Namco Holdings previously announced in March that it would reorganize some of its overseas subsidiaries in the United States, France, and China as a result of its re-evaluation of the direction of the company’s three-year mid-term plan in light of expected changes in “customers’ lifestyles and sense of value.”

Wayne Brady to Host and Perform at the Annual Awards Ceremony

ATLANTA, Oct. 20, 2021 /PRNewswire/ — EBONY today announced that Emmy Award-winning and GRAMMY nominated actor, singer, comedian, and television personality Wayne Brady has been tapped to host the 2021 EBONY Power 100 presented by Verizon. The multi-hyphenate talent, who will also give a special performance during the show, will receive the Vanguard Award for his outstanding achievements to American culture whose body of work in the performing arts spans three decades as a consummate, all-around entertainer and performer. To be held in Los Angeles on October 23rd, the star-studded awards ceremony will honor the remarkable achievements of African-Americans across industries and marks the culmination of EBONY’s 75th anniversary year.

Wayne Brady to Host and Perform at EBONY Power 100; Brady to also be Honored with the Vanguard Award

Additionally, EBONY rounded out this year’s POWER 100 list unveiling that it will honor five-time GRAMMY winners, Songwriters Hall of Fame inductees, and legendary songwriting and music production duo Jimmy Jam and Terry Lewis with the Lifetime Achievement Award in recognition of their unparalleled contributions to music. Widely recognized as crafting the “Minneapolis sound” along with Prince, the iconic pair’s impressive body of work extends across four decades of undeniable classics and chart-topping hits for some of the world’s biggest artists including Janet Jackson, Mariah Carey, George Michael, Boyz II Men, New Edition, Mary J Blige, Michael Jackson, Sounds Of Blackness and Yolanda Adams and countless others. This summer, the duo released their chart-topping debut album Jam & Lewis, Volume One.

To kick-off the weekend, EBONY will host a pre-reception event on Friday, October 22nd with DJ M.O.S.

“With this year’s EBONY Power 100, we knew we had to come back in a big way. Our 2021 honorees represent a diverse collective of leaders, trailblazers and powerhouse creatives in their respective industries,” said Michele Ghee,  EBONY CEO. “With Wayne Brady at the helm as host, I know that we are creating an unforgettable evening of celebration and a milestone for the new EBONY as we culminate our 75th Anniversary!”

Cocktails for EBONY Power 100 will be provided by CÎROC Ultra-Premium Vodka.

Now in its 75th year, EBONY continues to be the leading authority for all facets of Black life – staying rooted as an anchor of Black culture. Under new ownership and leadership, the rebirth of EBONY signals the evolution of the beloved publication as a 21st century digital media brand with a focus on creating exceptional content and experiences illuminating the Black perspective.

EBONY is a property of 1145 Holdings LLC

Zentracker is designed to be easy to use, and should enable you to capture your ideas quickly when inspiration strikes. That said, it can also be used to build complete songs, as it features not just recording but also editing and mixing features.

You can work with a theoretically unlimited number of tracks, and there are 16 audio effects. 200 loops are included to kickstart the creative process or flesh out your productions. What’s more, you’ll soon be able to save projects to Google Drive and Microsoft OneDrive for quick and easy sharing with collaborators and friends.

All Roland account holders can download Zentracker for free, but Roland Cloud Core, Pro and Ultimate members get even more features. These include an increased number of audio effects, unlimited track sends, stem export support, timeline automation and more than 20 loop packs.